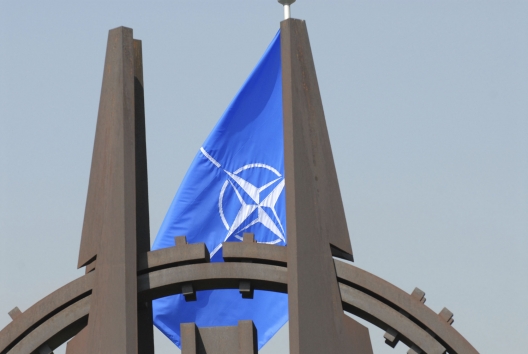 The Western alliance is moving toward creating a powerful new intelligence post, according to U.S. and European officials , in a bid to improve how Europe and America share sensitive information on terrorism and other threats….

The new post of Assistant Secretary General for Intelligence—likely to be formally approved by NATO in July—was first proposed to improve the alliance’s analysis and information about Russian military activities. Some U.S. and NATO officials said its most important effect, however, could be to improve how the alliance analyzes and shares intelligence on Islamic State and other Middle East-based terrorist threats….

Rep. Devin Nunes (R., Calif.), the chairman of the House intelligence committee, said NATO needs to refocus its intelligence analysis on terrorism, adding that a new intelligence coordinator could begin to prod allies to share more and create a common picture of threats against the West.

“NATO needs to have a serious [counterterrorism] focus, at least on intelligence,” said Mr. Nunes, who visited the alliance’s Brussels headquarters in May. “It is not going to change anything overnight. But if you grow this over several years, in five years you might have something valuable.”

Rather than spending more money, Mr. Nunes said, NATO needs to make its current efforts more effective. He said NATO’s largely U.S.-funded Intelligence Fusion Center in the U.K. should shift its mandate from Afghanistan to a broader counterterrorism effort….

An Assistant Secretary General for Intelligence would be empowered to provide broad strategic guidance to NATO’s military commands, officials said, and to streamline and coordinate the alliance’s analysis.

Currently, they said, senior NATO ambassadors can sometimes be presented with one intelligence assessment from the alliance’s military intelligence channel and another from the civilian one, with little or no attempt to explain why the analyses differ….

“We need someone who can think through the whole system in a strategic way and have a vision of how to improve it over time,” said a senior U.S. official….

Czech Army Gen. Petr Pavel, head of NATO’s military committee, said the official in the new post would sit atop a revamped NATO intelligence structure that “pulls military and civilian intelligence together into one product, combined from these two branches.”

This ensures “that the NATO leadership, both political and military, will have one common intelligence picture that fuses and combines intelligence analyses from all available sources,” Gen. Pavel said on the sidelines of a security conference in Singapore.

The new assistant secretary general would be a civilian, but someone with military experience; an active-duty officer would serve as deputy….

U.S. officials favor a Briton or Canadian official for the role, although officials also said the Dutch a have pushed a strong candidate as well.