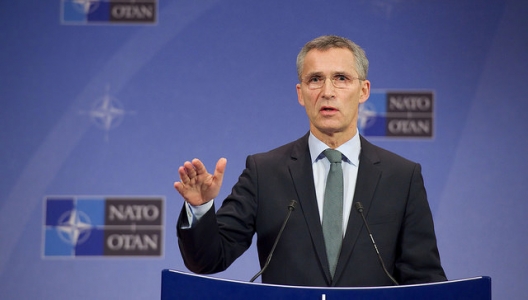 The western military alliance is reviving cold war-style hotlines to the Kremlin and the Russian general staff in Moscow to reduce the chances of escalating military confrontation and miscalculation as the Ukraine conflict fuels east-west tension.

While seeking to boost military contacts with the Russians, Nato has also moved to rid its Brussels headquarters of what are believed to be dozens of Russian spies.

In an interview with the Guardian, Jens Stoltenberg, the Nato secretary general, said that as a result of increased Russian air activity the alliance was intercepting more Russian planes over the Black, Baltic and Norwegian seas and that the revival of direct contacts was needed to reduce risk and avoid misunderstandings.

“It’s important to have contacts military to military in a normal situation so that if something not normal happens, you’re able to clarify misunderstandings, to avoid situations out of control,” said Stoltenberg, a former Norwegian prime minister. “We’re going through the internal procedures to make sure that they’re functioning 24/7. They’re working and we’re making sure that they’re in place if they’re needed as a result of an incident.”

Despite the decision to revive the emergency hotlines, Nato has cut most contacts with the Russians at its headquarters in Brussels and is in the process of emptying the offices of dozens of Russian diplomats and officers….

Senior officials confirmed that the move was directly aimed at reducing Russian intelligence-gathering at Nato headquarters, adding that only four Russian officials – the ambassador to Nato, Alexander Grushko, his deputy, his secretary and his driver – were now allowed to move unescorted at the offices.