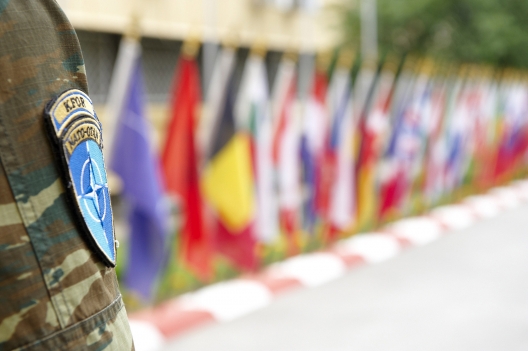 From AP:  NATO’s supreme commander says France is pulling out of the peacekeeping mission in Kosovo because of commitments in Mali and Central African Republic.

From Fatos Bytyci, Reuters:  France is preparing to increase its force in Central African Republic, an anarchic former French colony, to at least 1,000 soldiers to prevent sectarian violence from destabilising the wider region.

In January, French military forces intervened in Mali, another ex-colony, to reverse an Islamist militant takeover of the north. Around 2,800 French soldiers remain in the West African country.

“The French took a decision based on some of their other commitments,” Breedlove told reporters, confirming media reports. He said commanders of NATO’s Kosovo peacekeeping force would “take care of this issue in the short-term”.

“We at NATO headquarters and with other nations will begin to address the longer-term impacts. . . .”

Germany, the United States and Italy account for the largest contingents within KFOR.