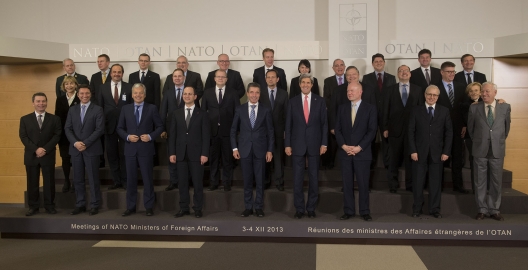 The North Atlantic Council discussed the developments in Ukraine. We follow closely the situation in the country.

We condemn the use of excessive force against peaceful demonstrators in Ukraine. We call on all parties to refrain from provocations and violence.

We urge Ukraine, as the holder of the Chairmanship in Office of the OSCE, to fully abide by its international commitments and to uphold the freedom of expression and assembly. We urge the government and the opposition to engage in dialogue and launch a reform process.

A sovereign, independent and stable Ukraine, firmly committed to democracy and the rule of law, is key to Euro-Atlantic security. Ukraine remains an important partner of NATO and the Alliance highly values Ukraine’s contributions to international security. Our partnership will continue on the basis of the values of democracy, human rights and the rule of law. NATO remains committed to supporting the reform process in Ukraine.