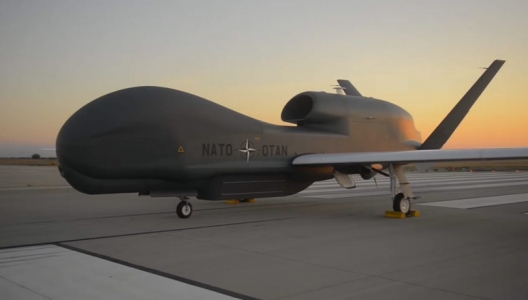 When Russia sent military forces into Syria last weekend, it caught NATO by surprise and proved that its members can neither stay ahead of threats nor even decide which ones are the most pressing, the alliance’s intelligence director said.

“Are we keeping up with threats?…Absolutely not,” said U.S. Navy Rear Adm. Brett Heimbigner [Director of Intelligence, NATO International Military Staff]  Thursday. “The demands for intelligence… to accurately deal with some of these crises is clearly insufficient.”

Heimbigner’s latest frustration: “From an alliance perspective, what Russia is doing and the ability of Russia to surprise us on a very consistent basis….”

One problem, Heimbigner said, is there are not enough intelligence, surveillance and reconnaissance assets to go around: “We have a woeful shortage of ISR. When we go to ask the nations to contribute, it’s all committed and just not available.”

It may turn out two conflicts become one, with Russia’s move into Syria and the flow of refugees from the Middle East. “My southern flank is the Turkish border, and I’m very concerned that’s something we’re going to have to address in the near term,” he said.