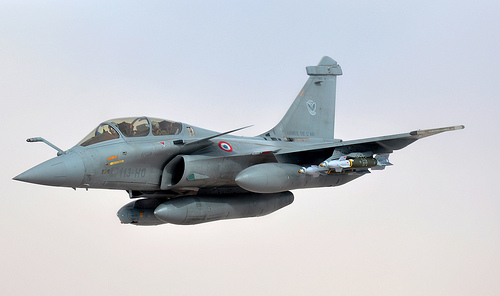 NATO is past the half-way mark between last September’s Wales Summit and the Warsaw Summit planned for next July. So it is not too soon to ask how Allies are responding to the strategic, capability, and other challenges identified in Wales.

In the case of France, some positive developments have occurred since early 2015. Among these are President François Hollande’s decisions to: increase defense spending by €3.8 billion ($4.25 billion) over the remainder of the 2014-2019 defense program law (loi de programmation militaire, or LPM); raise the army’s total deployable force from 66,000 to 77,000 soldiers; and keep some 18,000 of the 34,000 military and defense civilian personnel that the government had planned to cut by 2019.

Still, when 400 top French government and military officials, parliamentarians, and defense industry chiefs gathered in Strasbourg, September 14-15, for their 13th annual “summer defense college,” the relatively upbeat tone of official presentations could not mask lingering concerns over gaps between the ambitions and means of la grande nation.

The Wales Summit Declaration listed “Russia’s aggressive actions against Ukraine” ahead of “growing instability in our southern neighborhood” as challenges to Euro-Atlantic security. But Defense Minister Yves Le Drian was clear, in his keynote address in Strasbourg, about France’s current strategic priority: the “fight against the terrorist threat.” Starting with the intervention in Mali in January 2013, he explained, “operations to neutralize armed terrorist groups” have become one of the top missions—if not the leading one—of the French armed forces. Under Opération Barkhane, 3500 French military are conducting counter-terrorism actions across a vast swath of the Sahel.

Meanwhile, according to Le Drian, the rise of Daesh (French officialdom’s preferred descriptor for the so-called Islamic State) has “changed the nature of jihadist terrorism.” Beyond spreading terror through limited and dispersed attacks, its adherents now constitute a “terrorist army” that is seizing territory and resources. This new threat to France’s strategic environment, he continued, explains Hollande’s decision last year to join the international coalition fighting Daesh in Iraq and, more recently, to order French surveillance flights over Syria, “which today is the most formidable center of terrorism.” (On September 27, Hollande announced the first French strikes against Daesh in Syria).

Moreover, the dramatic terrorist attacks in Paris in January 2015—and others that have occurred or been prevented since then—confirmed the linkages between internal and external security. Within a few days of the January attacks, France deployed 10,000 soldiers in Opération Sentinelle to protect religious, cultural, and other sensitive sites in Paris and elsewhere from potential terrorist actions. This marked, in the defense minister’s view, an “unprecedented turning point in our army’s history.” Although Sentinelle was subsequently reduced to 7,000 soldiers, it has been extended indefinitely. As a result, the defense ministry and other concerned government bodies are working to update, by next January, formal doctrine on the use of the armed forces on the national territory.

It is understandable that Le Drian would focus his remarks in Strasbourg–as did the Chief of Defense, General Pierre de Villiers, and prominent French parliamentarians and former ministers–on security and humanitarian challenges emanating from conflicts and failing states in the Sahel and Middle East. However, that there was virtually no mention of Russia, Iran, or China during the two-day event was a surprise to this American observer and, apparently, to several French attendees, as well. After all, those three countries had received considerable attention in the Hollande government’s 2013 White Book on Defense and National Security, and China figured prominently in the defense ministry’s 2014 report on French national interests and strategy in the Asia-Pacific region. More recently, France has been at the forefront of diplomatic attempts to close the Iranian nuclear deal and (alongside Germany) staunch the Russia-Ukraine conflict. Meanwhile, its military has participated in NATO’s Readiness Action Plan and complemented those efforts through bilateral exercises with Poland.

A succession of French defense leaders have argued that their country–as a nuclear power and a state willing, if necessary, to conduct prompt and unilateral “first entry” operations–must have a robust and “autonomous” capacity for intelligence collection and analysis to support national decision-makers. But as officials emphasized in Strasbourg, the number, diversity, and fast-changing nature of new threats have made intelligence tools even more critical to achieving strategic, operational, and tactical success.

To underscore the point, high-level briefers described how improved collection and analysis capabilities and inter-service coordination allowed French intelligence services to: debunk reports in the spring of 2014 of an impending general Russian offensive against eastern Ukraine; “find, follow, and finish” jihadist extremists in the Sahel; and target Daesh in Iraq while reducing the risk of collateral damage.

As officials pointed out, the defense spending hike, which the parliament approved in July, will be used, in part, to add several hundred intelligence personnel to the 15,000 already in the various services. France also will acquire a second MQ-9 “Reaper” system with three drones and, over the next several years, plans to deploy a third optical imagery satellite (to be developed in cooperation with Germany) and its first satellite for electromagnetic signals collection. In addition, it will intensify efforts to counter growing cyber threats and, as Le Drian put it diplomatically, “have the capability to take action (emphasis added) across cyberspace.”

Intelligence budgets and capabilities have not been the only concern of French parliamentarians, media, and non-government specialists. So Le Drian and other senior officials reassured them that the recently approved update of French laws governing surveillance practices will prevent their services from being outmatched by increasingly sophisticated “jihadi networks” while still “respecting the public’s liberties guaranteed by [our] Constitution.”

Leo Michel a Non-Resident Senior Fellow at the Atlantic Council’s Brent Scowcroft Center on International Security. This is the first piece of a three part series.