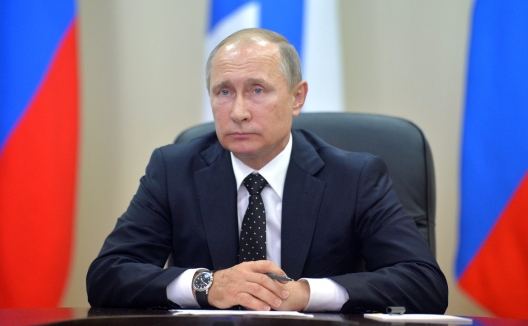 U.S. intelligence and law enforcement agencies are probing what they see as a broad covert Russian operation in the United States to sow public distrust in the upcoming presidential election and in U.S. political institutions, intelligence and congressional officials said.

The aim is to understand the scope and intent of the Russian campaign, which incorporates cyber-tools to hack systems used in the political process, enhancing Russia’s ability to spread disinformation.

The effort to better understand Russia’s covert influence operations is being spearheaded by James R. Clapper Jr., the director of national intelligence. “This is something of concern for the DNI,” said Charles Allen, a former longtime CIA officer who has been briefed on some of these issues. “It is being addressed.”

A Russian influence operation in the United States “is something we’re looking very closely at,” said one senior intelligence official who, as others interviewed, spoke on the condition of anonymity to discuss a sensitive matter. Officials are also examining potential disruptions to the election process, and the FBI has alerted state and local officials to potential cyberthreats….

U.S. intelligence officials described the covert influence campaign here as “ambitious” and said it is also designed to counter U.S. leadership and influence in international affairs….

After Senate Minority Leader Harry M. Reid (D-Nev.) ended a secure, 30-minute phone briefing by a top intelligence official recently, he was “deeply shaken,” according to an aide who was with Reid when he left the secure room at the FBI’s Las Vegas headquarters….

“We’ve seen an unprecedented intrusion and an attempt to influence or disrupt our political process,” said Rep. Adam B. Schiff (Calif.), the ranking Democrat of the House Intelligence Committee, speaking about the DNC hack and the WikiLeaks release on the eve of the Democratic convention. The disclosures, which included a number of embarrassing internal emails, forced the resignation of DNC Chairwoman Debbie Wasserman Schultz.

Members of both parties are urging the president to take the Russians to task publicly.

Sen. Ben Sasse (R-Neb.) in a statement urged President Obama to publicly name Russia as responsible for the DNC hack and apparent meddling in the electoral process. “Free and legitimate elections are non-negotiable. It’s clear that Russia thinks the reward outweighs any consequences,” he wrote. “That calculation must be changed. . . . This is going to take a cross-domain response — diplomatic, political and economic — that turns the screws on [Russian President Vladimir] Putin and his cronies….”

“Our studies show that it is very likely that [the influence] operations are centrally run,” said Janis Sarts, director of the NATO Strategic Communications Center of Excellence, a Riga, Latvia-based research organization.

He also said there is “a coordinated effort involving [groups using] Twitter and Facebook and networks of bots to amplify their message. The main themes seem to be orchestrated rather high up in the hierarchy of the Russian state, and then there are individual endeavors by people to exploit specific themes.”

Sarts said the Russian propaganda effort has been “successful in exploiting the vulnerabilities within societies.” In Western Europe, for instance, such Russian information operations have focused on the politically divisive refugee crisis.