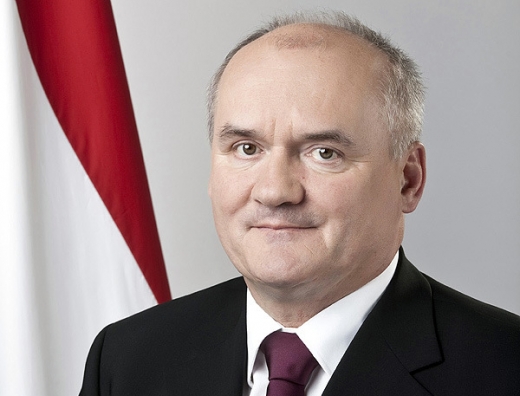 From Hungary Today:  [Defense Minister Csaba] Hende said the outstanding performance of the Hungarian armed forces in international missions must continue. He noted the new mission in Afghanistan, air patrol operations inthe Baltic States, as well as in NATO’s rapid response forces and the Visegrad Four-EU military force. Given the primary importance of stability in the Balkans, Hende stated the Hungarian army’s readiness to perform additional duties, mainly in Bosnia-Herzegovina. Hungarian troops are currently serving in 12 countries on three continents and the mandates of most of those in Africa have been extended, Hende said. But the mission in the Sinai will come to a close in the spring, he added. Hende said Hungary’s defence budget has increased by 8.2 percent, or by 20 billion forints this year.

From Csaba Hende, Debating Europe:  NATO as a whole – and Europe in particular – face various and complex security challenges, which are often ignored by European societies. It is a false perception that if we live in peace then our security will not be challenged. The world is going through intensive changes, which come together with serious challenges. If we take a look at the neighbourhood of Europe we can see conflicts and wars almost everywhere: in Ukraine, in the Middle East, in North-Africa. And we can add some areas of the Western-Balkans to the list, where the situation is still fragile. At the same time we have to cope with new challenges, like cyber threat, too. Money is essential to address these challenges properly.