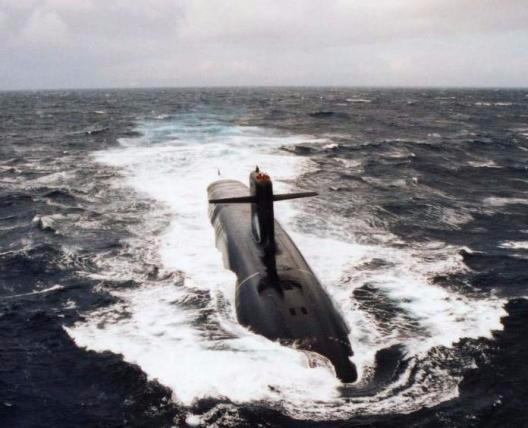 Under such a plan, France’s arsenal would be repurposed to protect the rest of Europe and would be put under a common European command, funding plan, defense doctrine, or some combination of the three. It would be enacted only if the Continent could no longer count on American protection….

Even proponents, who remain a minority, acknowledge enormous hurdles. But discussion of a so-called “Eurodeterrent” has entered the mainstream — particularly in Germany, a country that would be central to any plan but where antinuclear sentiment is widespread.

Jana Puglierin of the German Council on Foreign Relations said that a handful of senior European officials had “for sure triggered a public debate about this, taking place in newspapers and journals, radio interviews and TV documentaries.”

She added: “That in itself is remarkable. I am indeed very astonished that we discuss this at all….”

Jaroslaw Kaczynski, Poland’s former prime minister and now the head of its ruling party, provided the highest-level call for a European Union nuclear program in a February interview with a German newspaper.

But the most important support has come from Roderich Kiesewetter, a lawmaker and foreign policy spokesman with Germany’s ruling party, who gave the nuclear option increased credibility by raising it shortly after President Trump’s election.

In an interview in the German Bundestag, Mr. Kiesewetter, a former colonel who served in Afghanistan, calibrated his language carefully, providing just enough detail to demonstrate the option’s seriousness without offering too much and risking an outcry from German voters or encouraging the American withdrawal he is hoping to avoid.

“My idea is to build on the existing weapons in Great Britain and France,” he said, but acknowledged that Britain’s decision to leave the European Union could preclude its participation.

The United States bases dozens of nuclear warheads in Germany, Italy, Belgium and the Netherlands as both a quick-reaction force and a symbol of its guarantee to protect the Continent. Mr. Kiesewetter said his plan would provide a replacement or parallel program.

This would require, he said, four ingredients: a French pledge to commit its weapons to a common European defense, German financing to demonstrate the program’s collective nature, a joint command and a plan to place French warheads in other European countries….

For now, Mr. Kiesewetter’s intention is merely to “trigger a debate” over addressing “this silent, gigantic problem.”

It has worked. A small but growing contingent of German analysts and commentators have endorsed versions of a European nuclear program….

But any European nuclear program would face enormous hurdles.

“The public is totally opposed,” Ms. Puglierin said, referring to German antinuclear sentiment, which has at times culminated in nationwide protests against the weapons.

In practical terms, the plan would change the flag on Europe’s nuclear deterrent from that of the United States to that of France. But this would risk making an American exit from Europe more permanent.

Oliver Thränert, a German analyst with the Switzerland-based Center for Security Studies, warned in a white paper that any plan “would not only be expensive, but also a political minefield full of undesirable potential political consequences.”

The biggest challenge may be who controls the French arsenal and where it is based….

France has shown no willingness to share its weapons, much less put them under a joint European command. If Paris maintains final say over their use, this might cause an adversary to doubt whether France would really initiate a nuclear conflict to protect, say, Estonia.

France and ‘a Special Responsibility’

These sorts of problems are why Bruno Tertrais of the Foundation for Strategic Research in Paris said, “In other times I would have told you don’t bother, there’s no story here.”

Similar proposals have been floated before, including by the French government, and always rejected as politically risky and strategically unnecessary. But, he said, that calculus appears to have a potential to change with Mr. Trump.

“There’s already a bit more interest in Berlin and in Paris,” Mr. Tertrais said, though he emphasized that this talk would become action only if there were “a serious loss of trust in the U.S. umbrella.”

But a joint European command or funding scheme would most likely be impossible, he warned. The French government would insist on maintaining “the final decision to use nuclear weapons….”

Mr. Kiesewetter hopes the United States will come around. He puts particular faith in Jim Mattis, the defense secretary, whom he met in Afghanistan and Brussels while both were military officers.

But Mr. Mattis has echoed Mr. Trump’s warnings that the United States could lessen its support for Europe, saying in a recent speech in Brussels, “I owe it to you to give you clarity on the political reality in the United States.”