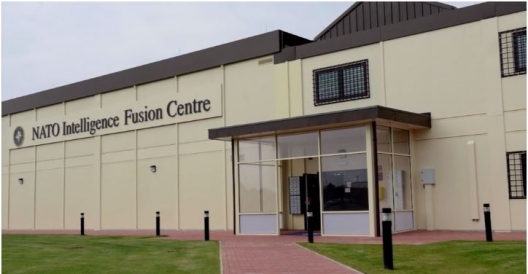 [I]t is disturbing that investments intended to ensure that NATO and the United States have up to date facilities in Europe for the processing and distribution of intelligence to our military leaders and our Allies is being tied up in Congress for largely parochial reasons. For nearly two years now Congress has prevented the Department of Defense from moving forward with plans to construct new intelligence facilities in the United Kingdom which would support not only the U.S. Commander in Europe but also our NATO Allies. Given ever increasing tensions with Russia and the increasing threat of terrorism in Europe; this in unconscionable.

The Department of Defense has been accused of somehow cooking the books when weighing the options for where to put the new facility. Some believe that Lajes, a small island off the coast of Africa which belongs to Portugal, where the United States has long maintained an airfield used for refueling aircraft deploying from the continental United States is the appropriate location for the new facility, rather than the location in the United Kingdom chosen by the Department in consultation with the British and our NATO Allies. While the squabbling continues in Washington our intelligence professionals toil away in repurposed World War II era buildings that are literally being held together with duct tape in some cases and our Allies are working out of repurposed shipping containers.

The simple fact of the matter is Lajes is the wrong place for this center. Lajes has no specially built facilities to support intelligence operations and questionable communications infrastructure. Not to mention our Allies will not commit to following the United States should we move there….

I should note that the poor accessibility of the island was made all too clear last year when a Congressional delegation visiting the island could not land for several hours due to high winds. The simple fact of the matter is Congress is wasting both time and money by delaying the decision to move forward with construction.

Joe Whited is the former Intelligence Lead for the House Armed Services Committee and spent over 18 years serving in the Intelligence Community.