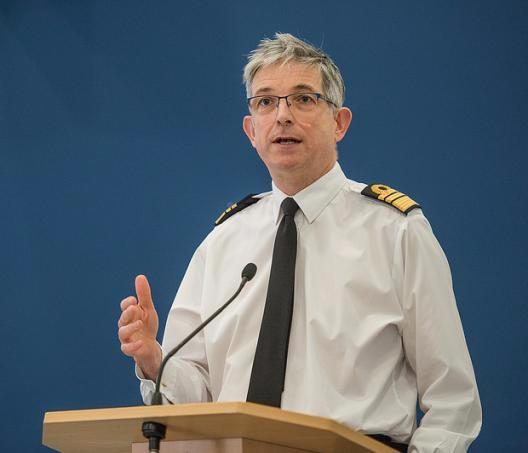 Central to NATO’s effort to project stability in the South is Operation Sea Guardian [OSG]. This is NATO’s new maritime security operation in the Mediterranean.  We looked at the lessons of Operation Active Endeavour – learnt over many years – and built a very different mission. Sea Guardian has more robust ROE.  Its mandate includes Counter-Terrorism but also a much wider set of maritime security challenges like energy security, critical infrastructure protection and embargo operations.  OSG uses separately resources forces so that the Standing Naval Forces can remain focused on high-end training and rapid response.

We also have a much more defined and geo-politically relevant set of objectives. Rather than being out there looking for terrorists in the abstract, we are focused on the trade flows of arms and fighters between the Eastern Mediterranean and North Africa. We are working to understand that dynamic and to be ready to act against it where we can.

OSG operates in layers: First, the OSG task group will make several surge deployments a year into intel-driven focus areas in the Mediterranean.  The group will monitor patterns of life, track vessels of interest and conduct boardings on suspicion of illicit activity but also for training.  The commander of the next Focused Operation period will be a Greek.

We also have many assets in Associated Support. These remain under national control but support OSG. Here Greece has been a substantial contributor, including with submarine assets that have been a game changer for the mission.

The other layer is rapid response. We have on-call national assets that are ready at very short notice to conduct interdiction operations at sea should intelligence suggest that such an event is required. The Greek Navy has generously offered special forces support out of Souda Bay for which I am most grateful.

Between the on-call assets and the task group deployments we have 24/7 readiness to act against a rapidly emerging maritime security threat.

So we have the naval tools; we now need the information that will make OSG a success.

Navies and nations hold the key to a safer Mediterranean in the information and intelligence they can obtain and are willing to share.  OSG does not need your entire intelligence plot which is always nationally sensitive. But a small amount of relevant intelligence or maritime shipping information transforms our ability to bolster maritime security in the Med if everyone provides it.

Finally, we need the skills. Here I am very happy to cite the excellent work that the NMIOTC in Crete has accomplished over many years.  It has truly become the ‘go-to’ place for top-end training of boarding teams and interdiction operations specialists. Most of Alliance’s MIO teams learnt their business in Souda Bay. With OSG, our emphasis on partner capacity building and the establishment of a new Hub for the South at JFC Naples, the demand for NMIOTC expertise and services can only grow.