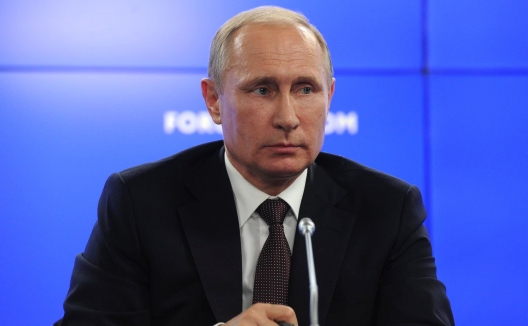 In NATO member Hungary, Russian agents have been fingered for training with a neo-Nazi militia; in the tiny Balkan state of Monte­negro, which is on the verge of joining the transatlantic alliance, Moscow is accused of plotting a violent coup….

In Hungary, the story began with a gunfight in late October between police and the leader of the National Front movement, an extremist group that identifies with Hungarian fascists of the 1930s. Police subsequently raided a number of properties connected to the group and discovered large stockpiles of weapons, according to a report in the Financial Times. Hungary’s national security committee reported that Russian diplomats and men dressed in Russian military intelligence uniforms had openly engaged in paramilitary training exercises with members of the group….

In short, the regime of Vladi­mir Putin appears to have been intimately involved with an armed movement dedicated to restoring fascism in Hungary….

An even more audacious operation was underway in Monte­negro, if authorities there and in neighboring Serbia are right. They say Russian agents attempted to foment a coup on Oct. 16, when parliamentary elections were being held. The idea was that armed men would seize the parliament building and assassinate then-Prime Minister Milo Djukanovic, who has led his country’s bid for NATO membership. Some 20 Serbians and Montenegrins were arrested for participating in the plot. One, a notorious Serbian mercenary, has told authorities of visiting Moscow to discuss the coup and receiving $200,000 to carry it out, according to a report in the New York Times….

Russian intelligence services have been known for meddling in foreign countries since the time of the czars. But veteran analysts say such bold attempts to sow chaos in countries linked to NATO are virtually unprecedented. They reflect a regime that has given free rein to its covert operatives, on the calculation that there will be little or no pushback from a weak and divided West. Until that theory is proved wrong, expect more trouble from Moscow’s agents.