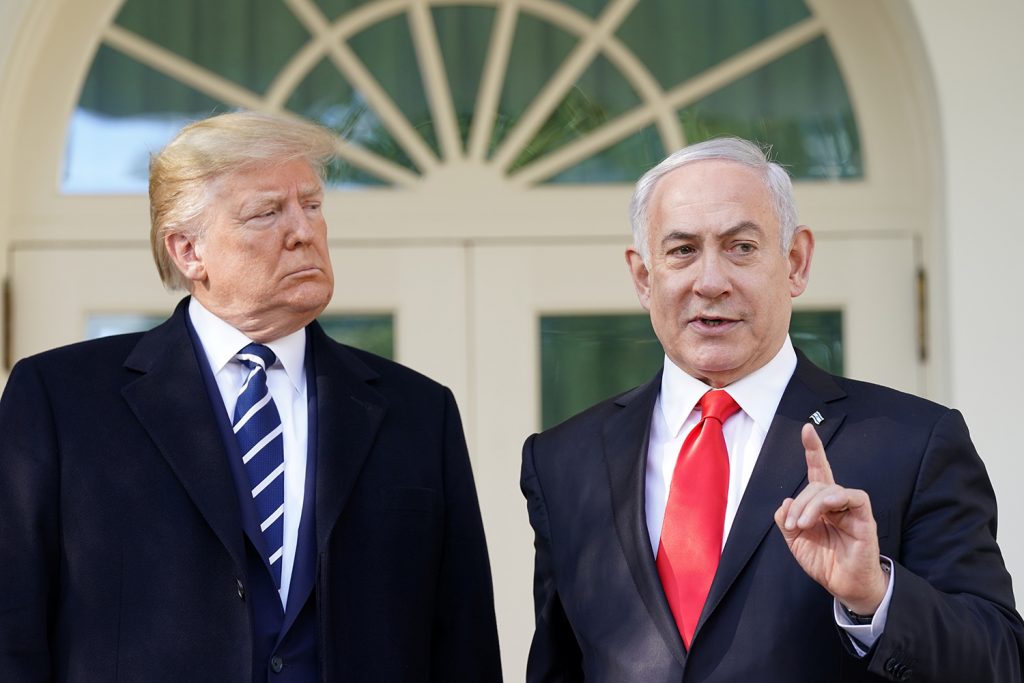 Is the Trump administration’s just-released Israeli-Palestinian peace plan the death of the one-state solution? Let’s hope so.

More than forty-one years have passed since the 1978 Camp David accords, and twenty-six years since the 1993 Oslo accords. Since then, from generation to generation, US negotiators have tried to bring the parties to peace without success. The Trump administration’s plan, unveiled on January 28, lived up to its expectations—pleasing many Israelis, especially Prime Minister Benjamin Netanyahu—while confirming the negative views of most Palestinians.

This plan looks a lot like the peace plan in chapter eight of Netanyahu’s January 2000 book A Durable Peace, written after he lost the 1999 Israeli elections as he was charting his course back to the premiership. Netanyahu called the Trump administration’s plan “a realistic path to a durable peace”—an echo that astute observers noticed.

Starting with the Truman administration’s recognition of the State of Israel in 1948, and ever since, the United States has been committed to Israel’s security. A further assumption behind US involvement in the peace process was that, even as the United States was fully committed to Israel’s security, US involvement in the peace process would also help the parties get to an agreement they could not reach on their own.

Almost everyone involved in the peace process since the 1980s also assumed that US involvement would lead to a two-state solution that would give the Palestinians their own country. The two-state idea predates Israel’s founding. Over time, it was embraced by US presidents of both parties. The Trump administration sent shockwaves—intentionally—with President Trump’s announcement on December 6, 2017, that the United States was recognizing Jerusalem as Israel’s capital and moving its embassy there—by using the formulation “a two-state solution, if agreed to by both sides.” This appeared to walk back decades of US policy by giving the Israeli government veto power over US support for a Palestinian state. The US Ambassador to the United Nations Nikki Haley and Secretary of State Mike Pompeo used the same formulation, showing Trump’s December 2017 pronouncement was no ad lib.

Some on both the Israeli and Palestinian sides pronounced the two-state solution dead and then debated what a one-state solution should look like. Territory and demographics drive this debate. This quickly exposed the tension in the core values of Israel being a Jewish, democratic state. A single state from Jordan to the Mediterranean Sea would eventually have an Arab Muslim majority. This state could retain its Jewish character only at the expense of its democratic values or its democratic character only at the expense of its Jewish values.

The conditions in the Trump administration’s peace plan are maddeningly vague in key details, and could still form the pretext for indefinite delay:

“The Palestinians deserve a better future and this Vision can help them achieve that future. Palestinian leaders must embrace peace by recognizing Israel as the Jewish state, rejecting terrorism in all its forms, allowing for special arrangements that address Israel’s and the region’s vital security needs, building effective institutions, and choosing pragmatic solutions. If these steps are taken and the criteria set forth in this Vision are satisfied, then the United States will support the establishment of a Palestinian State.”

There is much else in the plan about which its supporters and opponents will disagree vehemently. Netanyahu’s announcement that he will call for a vote on February 2 to apply Israeli sovereignty to some of the territory Trump’s plan says will go to Israel is not going to increase the plan’s chances. No deal may emerge from this plan. But it is worth something to re-establish this much agreement: at some point there will be two states, one Israeli and one Palestinian, living in peace.

The one-state solution is dead. The two-state solution may have a faint heartbeat, but it is unmistakably alive. Now, at least, we know where we are supposed to end up. All we have to do is to work backwards to find out what it will take to get from here to there.

Thomas S. Warrick is a nonresident senior fellow with Middle East programs at the Atlantic Council.

Let’s make a deal of the century

Hopes for an immediate breakthrough toward a peace agreement between Israel and the Palestinians remain bleak.

“The sad irony is that the peace process desperately needs new ideas, even if the ideas revealed today and the means by which they were developed and announced were not ideal,” William Wechsler says. “And given the longstanding positions taken by the current Israeli and Palestinian leaders, the only credible source for those new ideas is the United States.”

Of still greater consequence is what Trump resolves to do, or not do, in the weeks and months ahead. Israel and other Middle Eastern states have long entreated the US, with its advanced capabilities and global footprint, to lead the effort to bring Iran to heel.