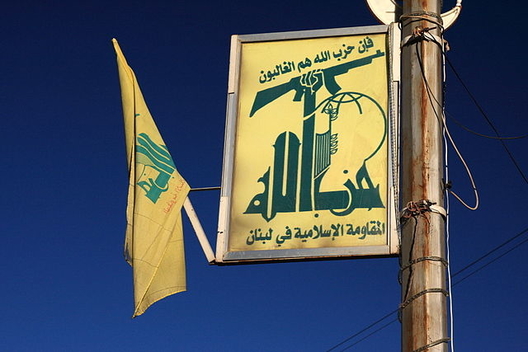 During its last meeting in Paris on June 30, the Financial Action Task Force (FATF) reviewed Iran’s action plan to address deficiencies in its anti-money laundering measures and counter financing of terrorism. The intergovernmental organization—which monitors money laundering and terrorist financing on a global level—is especially concerned with exemptions Iran has made in its counter financing laws to protect proxies it regards as liberation organizations, militant groups that share Iran’s anti-US and anti-Israel ideology. Such exemptions would allow Tehran to facilitate the financing of groups like Lebanese Hezbollah.

After much deliberation, FATF gave Iran four months—until its next plenary session in mid-October—to fully criminalize terrorism financing in line with international standards and relevant United Nations Security Council resolutions, with no exemptions.

In addition, Iran is required to present its action plan on the implementation of FATF guidelines. The plan would include identifying and freezing terrorist assets; establishing an adequate and enforceable due diligence scheme for the country’s financial transactions; ensuring the full independence of the country’s financial intelligence unit in reporting attempted transactions related to money laundering and terrorism financing; regulating unlicensed money transfer service providers; ratifying the United Nations Convention against Transnational Organized Crime (UNTOC); ensuring that banks verify all wire transfers and contain complete originator and beneficiary information; establishing a range of penalties for violations of FATF-related regulations; and ensuring adequate legislation and procedures to provide for confiscation of property.

Supreme Leader Ayatollah Ali Khamenei has publicly spoken out against changing laws to meet the FATF-related reforms. The Majlis, parliament, is scheduled to consider changes sought by FATF in early August. However, considering Khamenei’s objection, it’s highly unlikely that the Majlis would get rid of the exemptions in the terrorism financing laws, or pass the action plan. On July 15, the Guardian Council rejected a bill that was already passed by Majlis for Iran to join the UNTOC, one of the requirements for the implementation of FATF guidelines.

The money laundering and terrorism financing countermeasures, in its totality, would disrupt the flow of cash out of Iran, which is rooted in the country’s systemic corruption. The head of Majlis’s Economic Affairs Committee Mohammad Reza Pour-Ebrahimi estimated that in the first quarter of 2018, $30 billion was transferred out of the country outside official channels.

The terrorism financing countermeasures also creates its own set of problems for the Islamic Republic. The government has recruited, armed, trained, organized, and financed militant Shia organizations across the Middle East. These groups, at times, have been involved in terrorist activities to advance their militant ideologies. If Iran stops financing those groups officially —likely resorting to unofficial money transfers—in order to comply with FATF recommendations, it will lose its 100,000-strong Shia proxies, the cornerstone of its strategy to extend its arc of influence in the region.

By mid-October, if Iran doesn’t make changes to its laws and present its action plan to fully implement FATF recommendations, it could be added to the intergovernmental agency’s blacklist, signifying that the country isn’t in compliance with the anti-money laundering (AML) and counter financing of terrorist regimes (CFT). The designation will presumably cause the exodus of the remaining financial institutions and foreign investors still operating in Iran.

No banks or businesses, anywhere in the world, want to be singled out as violating money laundering and terrorism financing laws. The FATF can additionally impose its own sanctions against Iranian financial institutions, including asking SWIFT—the global interbank messaging system—to expel Iran. Without SWIFT membership, Iran will have difficulty to facilitate its cross-border payments.

The difference between FATF-related loss of access to the global financial market and the US banking sanctions is noticeable for Iran. The FATF convention is observed not just by the West, but by Russia, China, and the overwhelming majority of countries. Its effects on Iranian banking could be devastating.

Accepting the FATF’s anti-money laundering and counter financing of terrorist regimes, on the other hand, might not be enough to entice major international banks and corporations to deal with Iran, but it’s an absolutely necessary step.

The Supreme Leader and hardliners will have a choice to make: continue supporting and commanding the armed militia groups and accepting questionable cash flow out of the country, or take action for the sake of their government’s future.

It can’t continue for long in international isolation without inflicting major damage to the country’s economy and well-being of its people.

The timing couldn’t be worse for the Islamic Republic. Come October, when Iran needs to present its action plan to FATF, the country will be facing the full effects of renewed US sanctions, including the possibility of major losses in its oil exports, interruptions in its banking sector, and withdrawal of foreign investors. The FATF blacklist designation would make the situation significantly worse.

Even prior to the full implementation of US sanctions and the possible FATF blacklist, the country’s economy has come to a virtual standstill. The national currency, which was trading at seventy rials to the US dollar after the 1979 Islamic Revolution, is now trading at more than 80,000 rials. Today, unemployment is high and the inflation rate is rising uncomfortably. Industries, including auto manufacturing, are already feeling the effect of the coming sanctions. Major investment projects, especially in the oil and gas industry, have come to a virtual halt.

The political situation isn’t much better. A wave of demonstrations against the government has engulfed many Iranian cities and provincial towns since late December, a manifestation of popular anger at the regime’s inability to stop endemic corruption and improve living standards.

With not much hope in their future, Iranian youth are calling for radical changes in the way the country is governed.

The Supreme Leader’s insistence in opposing FATF-related reforms is questionable. Defending the regime-sponsored militant organizations and their illicit activities at any cost, while ignoring the widespread corruption in the country, could be very damaging to the survival of the Islamic Republic.

Nader Uskowi is a nonresident senior fellow  with the Middle East Security Initiative in the Scowcroft Center for Strategy and Security. Nader is also the president of Sagewood Consulting LLC, a consulting firm specializing on Iran, Middle East, and Central Asia. His book,  Temperature Rising: Iran Revolutionary Guards and Wars in the Middle East,  will be published by Rowman & Littlefield in November. Follow him on Twitter: @nuskowi.