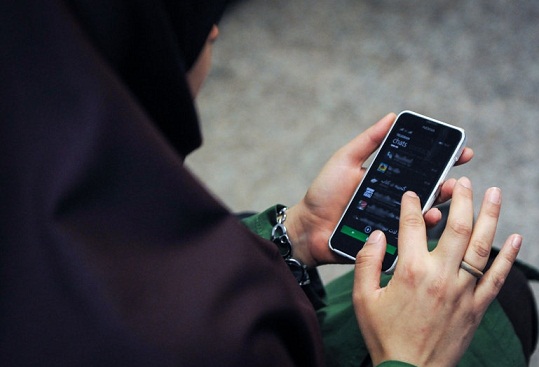 Maryam searched all over Neyshabur’s pharmacies, a town in northeastern Iran, for her mother’s diabetes medication. “I came back home, exhausted and didn’t know what to say to my mother,” the 30-year-old economist explained. “It was late in the night and I searched Instagram. Wow! I found a place where I could buy my mother’s medicine.”

A growing number of Iranians are turning to the photo sharing app as an alternative online marketplace to buy products and start online businesses. This in part due to the banning of the popular messaging app Telegram in the aftermath of the December 2017 and January 2018 Iran protests. Up until then, almost half of Iran’s 82 million population was using Telegram. Though the number of Instagram users are not as clear cut, in 2018, it was reported that there are at least 24 million users, making it the seventh largest market in the world.

Nilofar, a 23-year-old architecture student based in Rasht, a city by the Caspian Sea, said she started using the photo sharing app after the Telegram ban. “I use Instagram not only to be connected to my friends and to get information, but I also buy all my clothes from Instagram.”

She added, “The designs are so much better and the clothes are cheaper. They are unique compared to traditional stores. I think stores sell more through Instagram than actual physical stores. There are websites for everything.”

One of the Instagram accounts Nilofar enjoys shopping from is Gruccia (@Gruccia.ir) with more than 145,000 followers. Gruccia sells an array of funky socks, t-shirts, and stickers. “It is fun to see all the different designs,” she explained.

Still, a mix of mismanagement, corruption, along with the Trump administration’s re-imposition of sanctions on Iran in 2018 after the United States withdrawal from the Joint Comprehensive Plan of Action (JCPOA), have resulted in much of the Iranian populace struggling financially. Inflation coupled with the Iranian rial losing at least 70 percent of its worth since 2018 has put the average Iranian in economic despair. But in spite of those very sanctions, Iranian Internet users from higher social classes are finding ways to profit despite—and in some cases because of—US sanctions.

From auto repair shops to engineers, these entrepreneurs buy their products, offer services, and find customers through their Instagram accounts. As a result, Instagram in Iran is functioning like Amazon, eBay, and similar online e-commerce websites.

“You can sell, buy or rent houses, cars, buy used smart phones, computers and all sorts of electronics, as well as used clothing and shoes—almost everything,” said Babak, one of the founders of Elit Kala (@Elit_Kala), an Instagram store with almost 61,000 followers.

Recognizing the lucrative potential of Instagram, Babak and his wife Ellie started their online store in 2018. The couple travels from Mashhad, a northeastern city, to the capital Tehran to purchase kitchenware, which they then take photos of and upload to sell on Instagram.

“We can easily and quickly sell things online,” said Babak. “We can’t imagine having a job at a company and getting paid less than a third of what we make today. I had a job at a pharmacy but I don’t work there anymore for that reason.”

Instagram remains the only social media platform not blocked in Iran. However, in January, there was news of an impending ban on the photo sharing app, which would follow a longline of online censorship, including social media websites such as Facebook, Twitter, and YouTube. Despite the electric curtain of censorship, Iranians continue to use circumvention tools such as VPNs (Virtual Private Networks) to access blocked websites and social media platforms.

Still, it doesn’t mean Instagram is a panacea to all economic problems.

“I’m working twelve hours a day just to have money to buy some basic food,” said Mina, a 35-year-old graphic designer living in Tehran. “All day I’m living in stress. I’m financially and politically living in insecurity, worried if there’s going to be a war between Iran and the United States—constantly asking myself what is going to happen to us.”

Despite the many perks of Instagram for the middle and upper classes, particularly in the wake of US sanctions, it’s not added value for everyone. Often times it’s the older, less educated and/or poorer Iranians who are not tech savvy that are paying higher prices for everyday necessities. As a result, they’re more fearful about the future and feel powerless.

Though Maryam says she is grateful to find her mother’s medication on Instagram, it was still expensive as the price had already doubled since a few months ago—a problem all Iranians face.

“Some hospitals do not have the necessary instruments and medication. We cannot do anything about the high prices. We can only focus on surviving.”

Fariba Parsa is the founder and president of Women’s E-Learning in Leadership (WELL). Follow her on Twitter: @parsafariba.

The United States has over the past four decades imposed a wide range of economic sanctions to punish Iran for a number of undesired policies. While Trump administration officials continue to insist that food and medicine are exempt from US sanctions, and that sanctions do not hurt the Iranian people, evidence suggests that unilateral sanctions are collectively punishing the Iranian population by denying them adequate and reliable access to medicine.

Why Internet Freedom in Iran is More Important Than Ever

A female truck driver in a burgundy headscarf stood on the side of a highway to Mashhad, explaining in a video sent to Voice of America Persian that she was joining a truck driver strike. It wasn’t long before the video and others like it caught the attention of the International Transport Workers’ Federation (ITF). […]

Iran is no stranger to the global digital security community. This week, cybersecurity firm FireEye released a report about a network of Iranian accounts and groups on social media platforms attempting to manipulate users and also hack their accounts. Though big stories like this tend to focus on Iranian cyber attacks against Western government interests […]