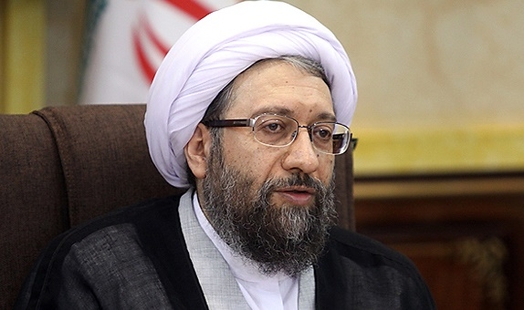 Following the death of Ayatollah Mahmoud Hashemi Shahroudi after a long illness, Supreme Leader Ayatollah Ali Khamenei has chosen the current head of the judiciary, Ayatollah Sadeq Larijani, to another powerful post: chairman of a council tasked with resolving disputes among government branches and potentially playing a role in selecting Khamenei’s successor.

Shahroudi, who replaced the late President Akbar Hashemi Rafsanjani as head of the Expediency Council in August 2017 after Rafsanjani’s death, was considered a relative moderate within Iran’s political spectrum despite a decade heading the judiciary from 1999 to 2009 and a record of repressing dissidents.

The key factors in the choice of Larijani—also Shahroudi’s successor at the judiciary—to chair the Expediency Council are Larijani’s conservative politics and the loyalty of the Larijani family to the Supreme Leader. Among the most powerful families in Iran since Khamenei became Supreme Leader thirty years ago, the Larijanis occupy a number of important positions in government. Among Sadeq Larijani’s four brothers is his eldest sibling, Ali, who is speaker of the parliament.

Larijani is also a member of the Guardian Council, which vets laws and candidates for elected office for conformance to Iran’s Islamic system.

In naming Larijani to chair the Expediency Council, Khamenei said that the body would undergo critical changes in its the new term. He did not specify them, however.

The chairman of the council is a crucial position and holds a great amount of power. It is primarily tasked with resolving conflicts between the Guardian Council and the parliament.

The Expediency Council was created in 1987 toward the end of the Iran-Iraq War when the legislative process and long-term policy formation had come to a standstill due to conflict between government branches. Then Supreme Leader Ayatollah Ruhollah Khomeini ordered the appointment of a thirteen-member body that was given authority to pass laws effective for a three-year period.

Formally, the council is an advisory body for the Supreme Leader. According to the constitution, it is meant to “discern the interests of the Islamic Republic” by resolving internal regime conflicts.

As originally convened, the Expediency Council included six members of the clergy appointed by the Supreme Leader and six officials—president, prime minister, parliament speaker, chief justice of the supreme court, the prosecutor general and a representative of the Supreme Leader’s office. A member of parliament whose legislation had been overturned was also included as a member. The chairman was appointed by the council for a term of five years.

In 1997, Ayatollah Khamenei expanded the council to thirty-four members, twenty-five of whom were appointed for five-year terms. In February 2007, a new Council was formed with twenty-seven members chosen directly by the Supreme Leader.

Given Ayatollah Khamenei’s advanced age (79), the council may come to play a role in his succession. According to Article 111 of the Constitution, if the position of Supreme Leader becomes unoccupied for any reason, a body comprised of the president, the head of the judiciary and a faqih or expert in Islamic law from the Guardian Council chosen by the Expediency Council must discharge the duties of the Supreme Leader. If any of the other members of this body are unable to discharge their duties, the Expediency Council can choose a replacement.

With Larijani’s appointment, the Expediency Council now uniformly reflects a hardline conservative view, meaning that its role as a mediator among government branches may be compromised. Currently, Iran’s parliament is dominated by more moderate figures. However, there is the possibility that Larijani may modify his political positions over time.

A key test case could be the long-running dispute over enactment of laws prohibiting money laundering and terrorism financing. The laws, required for Iran to avoid a blacklist by the Financial Action Task Force, an international financial watchdog, have caused a major controversy in part out of hardline concern that they could outlaw Iran’s support for militant proxy groups. Parliament has voted for the bills while the Guardian Council has overruled the legislature.

According to the Iranian State News Agency, however, on January 5, the Expediency Council “approved the bill with some changes.”
This suggests that new chairman Larijani is tilting toward the pragmatists on this issue with the support of the Supreme Leader in the interest of “expediency.”

Tahereh Hadian-Jazy is a free-lance writer in Iran. She holds a Masters degree in modern Middle Eastern studies from Oxford University and has been accepted for a PhD at the University of St. Andrews.