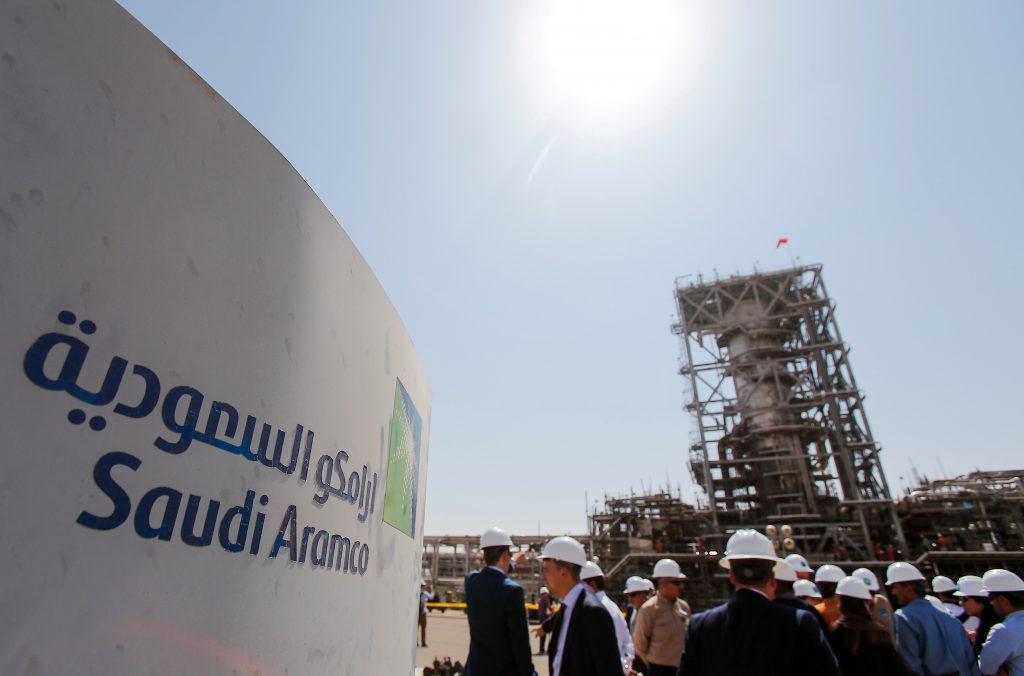 The recent announcement that the partial initial public offering (IPO) of Saudi Aramco is finally moving forward is either a cause for celebration or consternation, depending on your perspective. The IPO—which will proceed later this year with a 1–2 percent listing on Riyadh’s Tadawul exchange and with an additional listing on an international market next year—has been divisive among oil-market and Saudi watchers, particularly given the recent removal of Khalid Al-Falih as both Saudi minister of energy and chairman of Aramco.

The divergence in views comes from the way in which market players and analysts understand the IPO and the role of Aramco in the Saudi economy. There are two non-mutually exclusive frameworks through which to think about the Aramco IPO. The first frames the IPO as a way of generating more money for Saudi Arabia’s sovereign wealth fund, the Public Investment Fund (PIF), while the second frames the IPO as part of the effort to make Aramco even more like an international oil company (IOC).

Framework one: the IPO is a way of generating more money for the PIF

The IPO has the potential to raise a significant amount of money for the PIF. Saudi Crown Prince Mohamad Bin Salman (MBS)’s proposed $2 trillion valuation of Aramco would raise $100 billion for the PIF if 5 percent of the company is eventually listed, though many analysts suggest the valuation should be somewhere between $1 trillion to $1.5 trillion.

Raising more money for the PIF is a key pillar of MBS’ ambitious plan to diversify the economy away from crude oil revenue and pursue high-tech investments, build new cities, and generate tourism. Whether you think bringing more revenue to the PIF is a good or bad thing depends on how you think of the PIF.

Many consider the PIF to be the best way for Saudi Arabia to diversify its economy in a world with an uncertain future for oil demand. By selling shares of Aramco and moving the revenue to the PIF, Aramco investors share the oil risk while Saudi Arabia is able to build new industries as a hedge against this risk.

However, others think that the PIF’s investments are poorly thought-out, and that the money generated by the IPO would essentially be thrown away. They point to the futuristic robot city NEOM as the prime example of a bad investment.

Al-Falih was reportedly fired for his intransigence on the IPO. Amidst MBS’ efforts to reshape the Saudi economy, Al-Falih was viewed by many outsiders as a stable hand capable of modernizing the company and pivoting it from a traditional, though large, national oil company to a much more ambitious IOC. He was also thought capable of maintaining Aramco’s relative independence from the Saudi state. His replacement as chairman of Aramco by PIF Governor Yasir Al-Rumayyan has made many question Aramco’s ability to remain independent.

Framework two: the IPO is part of the effort to make Aramco even more like an IOC

The IPO as a tool for helping Aramco become more like an IOC stands in contrast with Al-Falih’s resistance to the IPO, despite his desire to change the company. (Many in the group who support the IPO for these reasons would appreciate the IPO funding going to support Aramco’s global expansion plans and not to the PIF.) The IPO preparation required Aramco to become significantly more transparent, including releasing a 469-page bond prospectus earlier this year. International shareholders will increase accountability and reduce the risk of mission creep that we saw in the early part of this decade when the Kingdom’s leaders had Aramco building stadiums.

However, becoming more like an IOC has its downsides: the company will inevitably be more focused on quarterly returns and short-term profits and have less ability to do the big, long-term, countercyclical strategic planning that it can do now. Saudi Arabia’s role as the global swing producer and holder of spare capacity, its remarkable technical expertise (recently emphasized by its extraordinary recovery from the Abqaiq attacks), and its consistency over decades, may be put at risks by the demands of global financial markets.

Though some analysts are still speculating that the IPO might not ultimately move ahead, MBS seems intent on moving forward. While progress has been slow and there have been many setbacks—it is difficult to transform a large, complicated, opaque company into an investible asset—the history of steady progress and persistence, including firing globally-recognized Al-Falih for his intransigence on the IPO, should suggest to all observers that the IPO will happen.

The question remains how the plan will change Aramco and the Kingdom. This will perhaps be MBS’ most significant legacy: will he create a more modern, liberalized country, economy, and Aramco, or will the PIF prove a bust and Aramco fall victim to the demands of quarterly returns, turning it into just another large company, instead of the lynchpin of the global oil system?

Throughout 2019, financial markets have watched the planned Saudi Aramco initial public offering (IPO), which was finally launched in December. A quieter, but no less significant, story was Saudi Aramco’s acquisition of SABIC. Saudi Aramco strove to have a successful IPO, especially through increased transparency and diversification, and the SABIC acquisition was a key element of Saudi Aramco’s diversification strategy. Going forward, what does the merger mean for both companies, what is the new relationship between Aramco and SABIC, and what are the merger’s implications for the intricate relationship between the various bureaucracies and leadership in Saudi Arabia?