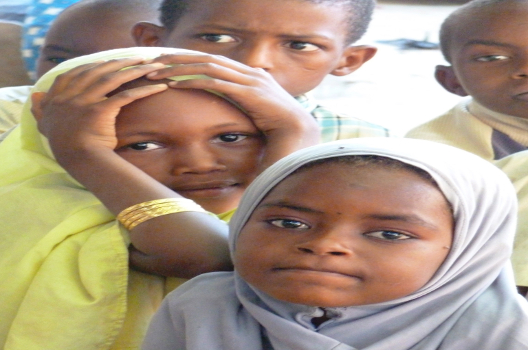 Two weeks ago, I wrote about the near- and long-term consequences of the Nigerian refugee crisis as tens of thousands of Nigerians flee across borders from the violence the terrorist group Boko Haram is meting out in the northeastern part of the country. I wrote that the world needs to surge resources into the area to care both for the current refugees and those that would surely be coming in the future. Failing to do so will further destabilize the region for years to come.

The already-precarious situation has deteriorated since then. Boko Haram for the first time has attacked Niger and Chad, both of which host Nigerian refugees, and continues to battle Cameroon. Refugees in Niger have particularly suffered as Niger has fought sharp battles with Boko Haram in the border towns of Bosso and Diffa, both of which are in the southern Diffa region to which as many as 125,000 displaced people from Nigeria have fled.

Relief groups have built two refugee camps—Sayam Forage and Kablewa—in Niger that thus far are distant enough from the border to protect refugees from the violence and keep Boko Haram from plundering or recruiting in the camps. But Boko Haram’s recent incursions have displaced local Nigeriens as well as many of the Nigerian refugees who have not made it to the camps.

Making matters worse, the insecurity has significantly curtailed humanitarian relief work in those zones, prompting the UN High Commissioner for Refugees (UNHCR) to call for “urgent humanitarian access to refugees and internally displaced people.” There are thousands of displaced people on the move in Niger with little access to aid.

Cameroon is in a similar situation. UNHCR has registered more than 40,000 Nigerian refugees in Nigeria’s neighbor to the east, many of whom have been transported to Minawao refugee camp seventy-five miles from the border. The sparring in the north between Cameroonian forces, now joined by Chadian troops, and Boko Haram is increasingly fierce. UNHCR reports as a result it is becoming harder to reach and transport to Minawao the thousands of refugees in the conflict zone.

These sorts of uncontrolled and unprotected refugee movements present knotty humanitarian and security problems. Displaced people will eventually settle wherever they can, often in unsuitable areas. Disease can sweep through densely-packed displaced populations who do not have access to adequate shelter, water, and medical care, and desperate people may fight over what few resources there are.

Nigeriens in the Diffa region, in an extraordinary display of hospitality in an area menaced by a food crisis, have been hosting thousands of Nigerians refugees. But many of the hosts are now displaced themselves and in need of the same assistance they were offering Nigerians a few days ago. As the local situation becomes more desperate and more refugees pour into the area and further strain scarce resources, there is danger that tensions with locals will blaze into violence, as it has in other countries.

And there will be more refugees. The Nigerian military has promised a major counteroffensive against Boko Haram, and Cameroon, Niger, and Chad have all committed troops to the cause. Boko Haram may have as many as 10,000 fighters to face off with the coalition; even if the counteroffensive is successful—and there is great reason to be skeptical it will be, given the Nigerian army’s frequently hapless performances against Boko Haram—it will be a long, violent campaign that will send many more Nigerians fleeing.

Boko Haram’s widening war has cut off thousands of displaced people from aid and exacerbated the region’s humanitarian and security crisis. Unfortunately, there will be little respite for refugees until northeastern Nigeria is peaceful—a distant prospect at the moment. Abuja has shown little inclination or capacity to undertake the military effort coordinated with civic and economic development in the north necessary to quell Boko Haram, which is why the international community must use every lever of influence it has to prod the Nigerian government to unreservedly commit to doing what it takes to defeat Boko Haram. Until that happens, the refugee crisis and suffering will continue.

Joshua Meservey was assistant director of the Atlantic Council’s Africa Center. Follow him on Twitter at @jmeservey.