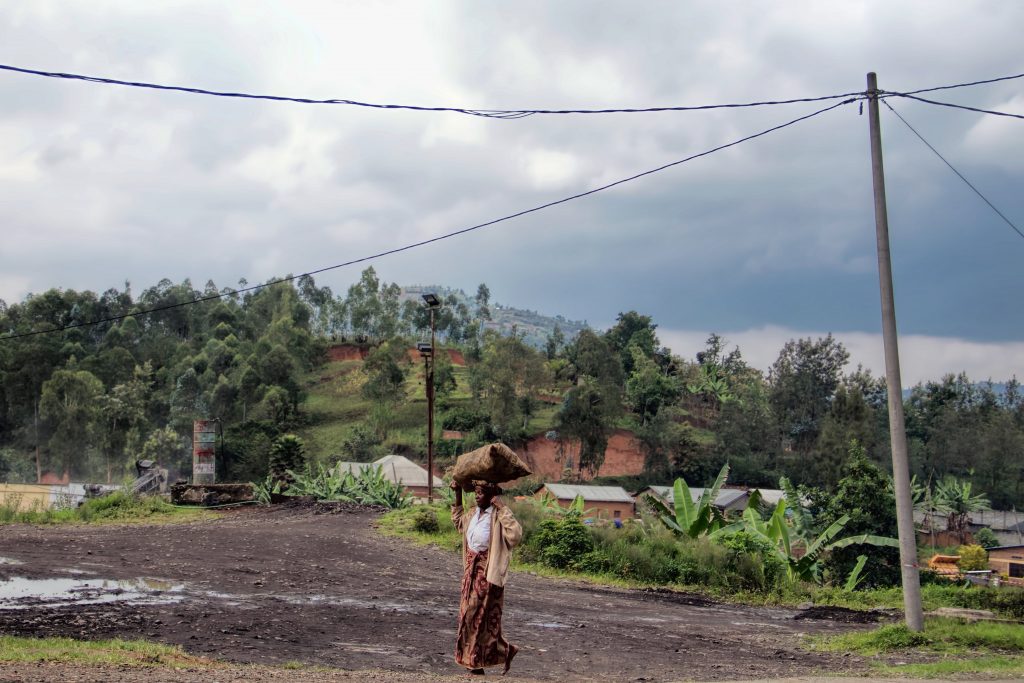 A woman works outside of Kigali, Rwanda. (Flickr/Kathleen)

As one of the fastest-growing economies on the continent, Rwanda has earned a reputation for innovation in many sectors, including health care. The country provides nearly universal healthcare to its thirteen million citizens. It also uses drones to deliver essential medical products, such as blood donations, around the country, which reduces the wait time for patients in dire need. After the first positive case of COVID-19 hit on March 8, there was little surprise that the government formed and implemented a robust nationwide response. The country’s timely reaction is aided by its previous success in combating Ebola from entering its borders in 2019.

However, despite the region’s best response to the outbreak, the number of confirmed cases has continued to rise, and is now (as of writing on March 24), the highest in Eastern and Central Africa, with thirty-six confirmed cases. Seventeen of those cases were announced on March 23, nearly doubling the number of confirmed cases overnight. As a response to the continued increase in the number of cases, President Paul Kagame implemented a nationwide shutdown that took effect midnight March 21. More than likely, the thirty-six confirmed cases do not reflect the actual number of persons who carry the virus in the country. Like the United States, Rwanda is struggling to keep up with the amount of testing that is required to grasp the full extent of the outbreak. Until faster testing services are available, the country-wide lockdown serves to mitigate further exposure. The main concern remains that, as a small landlocked country with one of the highest population densities on the continent, enforcing the shutdown and social distancing measures in Rwanda will be a serious challenge.

Rwanda’s previous response to the Ebola scare in 2019 prepared the government for its current response to COVID-19. In its successful efforts to prevent Ebola from crossing the border from the Democratic Republic of Congo, Rwanda’s Ministry of Health established handwashing stations and ThermoScan thermometer checks for every person entering the country. Before the first confirmed case, the government pursued the same strategy to combat the spread of COVID-19. All border posts—which represent high-risk exposure areas—were manned by trained officials with fever scanners, and the government established handwashing stations in the bus park of the nation’s capital. However, as the COVID-19 cases in Rwanda have increased, the government has adopted newer and stricter measures to mitigate the exposure, including:

The country’s security services and decentralized local governments are tasked with ensuring compliance with these orders. It is unclear what punishments will be adjudicated if these measures are not followed.

On March 17, to mitigate the possibility of price gouging during this shutdown period, the government implemented fixed prices on food goods across the nation. The measure also helps stabilize food prices, which increased over twenty percent across the nation this past year. Heavy rains crippled domestic production, while the usual food imports from Uganda were absent as the Gatuna border has remained closed for over a year. Alongside the fixed prices, the government also capped the amount of each product an individual can buy each day—producing fears that shortages may emerge in certain parts of the country. According to sources on the ground, Rwandans are also afraid that they will not be paid their normal salaries during the country lockdown—especially impacting those who live paycheck to paycheck and may not have the means to feed their families during this shutdown. In a televised address, Anasthase Shayaka, a local government minister attempted to curb these fears, assuring Rwandans affected by the lockdown that they would not starve.

Despite the robust government response, the government’s capacity to test the Rwandan people for COVID-19 falls on the limited functions of the Kigali-based National Reference Laboratory. The New Times reports that the laboratory had tested an estimated nine hundred people before the first confirmed positive case emerged. Now, fourteen days later, the number of confirmed cases has risen to thirty-six (as of March 24). These cases have included a mix of Rwandan nationals returning home, foreign nationals entering Rwanda, and a Rwandan with no history of travel—indicating that Rwanda is experiencing community-level spread. Daniel Ngamije, of Rwanda’s Ministry of Health, has stated that through process tracing, the first seventeen confirmed patients interacted with more than 680 people—demonstrating the magnitude of the possible spread in a country with a high population density. The Ministry, through official statements released daily via social media, has continually advised Rwandans and legal residents to wash their hands regularly and maintain a physical distance of at least one meter from other people. However, throughout the country, whether it be the congested urban hub of Kigali or the busy footpaths of the country’s rural hills, enforcing the shutdown and social distancing measures may serve as the largest barrier to mitigating the spread of the disease.

Despite the clear need for rapid testing of suspected carriers, in the two weeks since the first confirmed case, the laboratory has only been able to test an estimated three hundred people. According to the New Times, tests are currently taking four to five hours to process. With limited staff, the laboratory only has the capacity to complete twenty to thirty tests a day. Now that the fourteen-day incubation period of patient zero has passed, the number of tests that will require analysis will continue to grow, which will most likely overwhelm the current capacity of the laboratory. Quicker testing options, like the ones introduced in the United States that only have a 45-minute detection time, are required in Rwanda to keep up with the demand. Without extensive testing, government knowledge of how far and where the virus has spread will become increasingly more difficult to determine—limiting the ability to get ahead of the virus.

Neil Edwards is an intern with the Atlantic Council’s Africa Center. He is also a returned Peace Corps Rwanda volunteer.

For more content, go to our Coronavirus: Africa page.

Not yet one year into a historic political transition and in the midst of an economic collapse, Sudan’s future was already hanging in the balance. The addition of a national and global public health crisis now has the potential for a ‘make or break’ impact on the country.

COVID-19 in the DR Congo

As of March 24, the Democratic Republic of Congo had only forty-eight confirmed cases of coronavirus, with three dead of the disease. But although Congo is only in the very first stages of the pandemic, the contrast between the degree of state capacity and social discipline that it takes to stifle the disease and Congo’s record on these two counts is particularly worrisome.

A rough road ahead for Nigeria

Africa’s giant, Nigeria, is awakening to a new economic and social reality as a result of the coronavirus crisis. The country of two hundred million has already recorded over fifty cases and its first COVID-related death. News of high-profile infectees is starting to drive social change and spur calls for stronger government action.