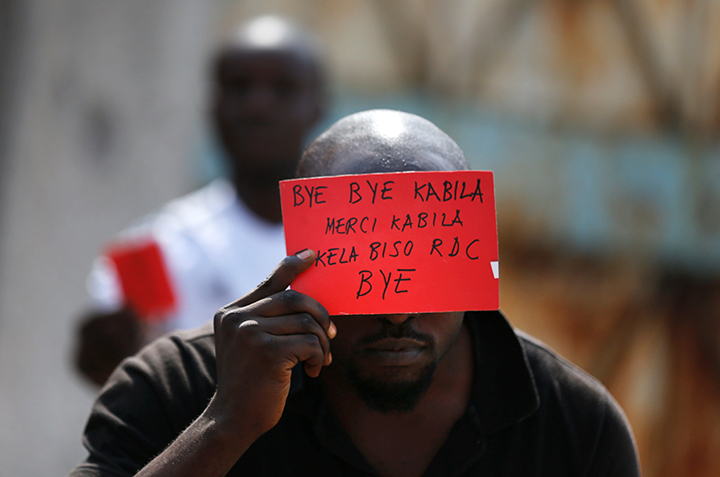 A Congolese opposition supporter displayed a red card against President Joseph Kabila in Kinshasa, the Democratic Republic of the Congo, on December 19. (Reuters/Thomas Mukoya)

The United States must ratchet up pressure on Congolese President Joseph Kabila in an attempt to convince him to leave office; a failure to do so would risk dragging the country and its neighbors into a costly war, said J. Peter Pham, director of the Atlantic Council’s Africa Center.

Kabila’s decision to remain president of the Democratic Republic of the Congo (DRC) beyond his constitutionally mandated two terms has sparked deadly protests across the country. Etienne Tshisekedi, a senior opposition leader, called on the Congolese people to peacefully resist an “illegal, illegitimate leader.” Nevertheless, hundreds of protesters have clashed with security forces.