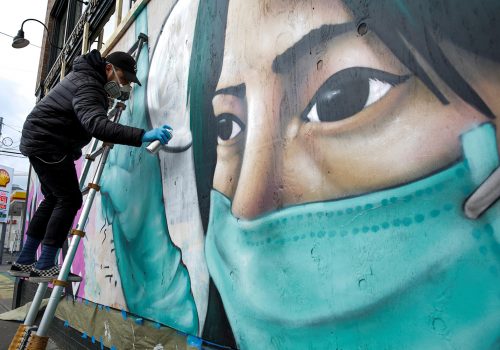 As we contemplate the road back from the coronavirus depression, we need to think big and fix things, at home and abroad. We’re still going deeper into an American disaster. But American resilience can get us out of it. 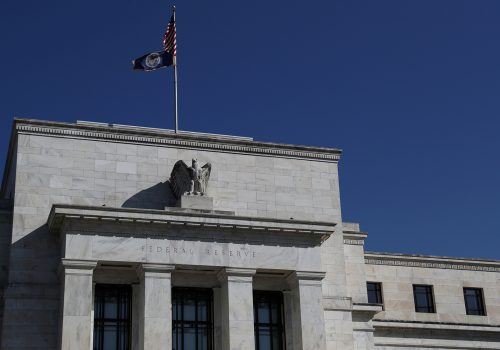 In stepping forward to calm US financial markets, reactivate swap lines, and create the new foreign repo facility, the Fed has helped backstop the global economy. One may argue whether the United States is still the indispensable nation. What is clear is that, in a crisis, the Federal Reserve is the indispensable central bank. 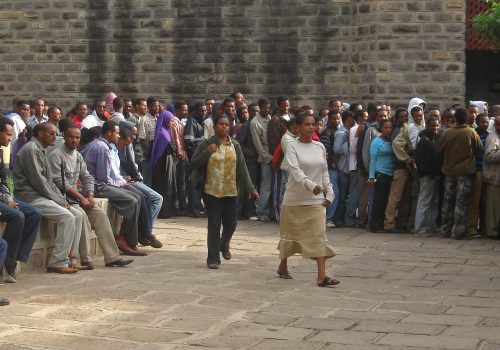 The government of Ethiopia has indefinitely postponed historic elections scheduled to take place in August. This makes Ethiopia the first African nation, in what is likely to be a wave of countries, forced to set back highly contentious political contests in response to coronavirus. 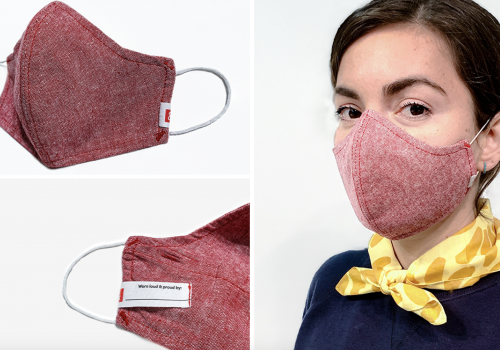 The first responders of fashion

From luxury designers to ordinary citizens, the coronavirus pandemic is inspiring thousands to take to their sewing machines, united by a common thread: making masks for those on the frontlines of this crisis.

Find the latest from Stories of Resilience

As the global community continues to grapple with COVID-19 (coronavirus), the Atlantic Council is open for business. All business, meetings, and events, however, are occurring virtually. For more information, please view a statement from our President and CEO.

A coronavirus message from our President and CEO

We have implemented a series of precautions and restrictions to ensure the maximum safety of our staff and community during the coronavirus outbreak. With a rapidly evolving situation, we are assessing the situation on a daily basis.

While global policymakers race to contain the new coronavirus strain, the outbreak has already disrupted world travel and supply chains. The crisis is challenging the strength of societies and could imperil economic growth throughout the world.

Europe’s economic emergency is also a geopolitical one

European leaders are deciding the future of European power on the world stage. If Europeans can’t ensure solidarity with each other after so much pain and sacrifice, it will not only be a devastating loss for Europe. It will also be a blow to a world looking for the political shape of a post-coronavirus world.

In the present pandemic crisis, major countries have moved more quickly, offering more substantial monetary and fiscal support packages, including better targeted programs than in 2008-09. The challenge now is to quickly deliver the help to the weak entities which need liquidity the most. After all, any system is only as strong as its weakest link.

Bangladesh has a health crisis in the making. The lack of preparation in the United States and Europe that has spawned the ongoing crisis there still exceeds the preparedness of developing countries such as Bangladesh, which will have to battle the COVID-19 pandemic with limited financial resources and a legacy of poor healthcare infrastructure, especially for the urban poor.

As the world economy shuts down to try to contain the COVID-19 outbreak, the humanitarian collateral effects of sanctions become more pronounced and potentially deadly. But the argument that the United States should unilaterally roll back sanctions draws a false dichotomy; sanctions do not have to be suspended or rolled back for the United States to better address humanitarian concerns.

“The decision by the EU foreign ministers to open accession talks with North Macedonia and Albania comes at a time when Europe is battling a major public health crisis and is bracing for its economic aftershocks,” Dimitar Bechev says. “Keeping enlargement alive speaks volumes about the union’s ability to muddle through.”

What Latin American countries are doing to confront coronavirus

Getting ahead of the crisis: Global food security during COVID-19

Much has been written about the economic consequences of such policies; less attention, however, has been paid to emerging issues like food security in the age of a global pandemic. Food security is certainly a crucial issue because COVID-19 is also a crisis of logistics – whether it is with regard to necessary medical equipment, labor availability, or food supplies.

AI, society and governance: An introduction

AI’s increasing range of applications are having real-world consequences, both positive and negative. Those consequences, in turn, have animated spirited and at times emotional debates about how governments can craft policies to come to grips with a world increasingly shaped by AI.

Making the most of Prosper Africa: Leveraging US competitiveness in African markets

Global powers are jockeying for access to opportunities in African markets. In this environment, how can the United States ensure US commercial success in Africa?

The Atlantic Council’s Global Energy Forum is the go-to conference on the geopolitics of the energy transformation, where energy and foreign policy leaders come together to set the energy agenda for the year and examine the longer-term geopolitical and geo-economic implications of the changing energy system. Held in Abu Dhabi 10-12 January under the patronage of His Highness Sheikh Mohammed Bin Zayed Al Nahyan, Crown Prince of Abu Dhabi and Deputy Supreme Commander of the United Arab Emirates Armed Forces, the forum is held in partnership with the UAE Ministry of Energy and Industry, ADNOC, and Mubadala, and is part of the Abu Dhabi Sustainability Week.

Among the most significant events on the Washington calendar celebrating global leaders, the Distinguished Leadership Awards is one of the Atlantic Council’s flagship convenings – bringing together a global audience of over 800 guests from more than fifty countries–including global policymakers, business leaders, military brass, and top-tier media.

Atlantic Council in the news

Nooruddin and Shahid’s New Atlanticist post on COVID-19 in Bangladesh reviewed by The Dhaka Tribune, “An overview of the scale of Bangladesh’s Covid-19 crisis”

Warrick quoted in FedScoop on Future of DHS Project

Future of DHS by Atlantic Council

Future of DHS by Atlantic Council

From the Atlantic Council’s Blogs

COVID-19 in the Western Balkans

COVID-19 overshadowed two major developments in the region: the EU decision to open membership talks with North Macedonia and Albania, as well as North Macedonia’s formal accession to NATO on March 27. In normal circumstances, this would have been huge news. Yet now the pandemic leaves little bandwidth for other matters, even in the Western Balkans.

While it is too early to understand the impact of the coronavirus on geopolitics, it is not too early to recognize China as a rising power that is aggressive, opportunistic, and susceptible to mistakes.

The coronavirus infodemic in Latin America will cost lives

Disinformation and misinformation, especially circulating within the biggest economy in Latin America (Brazil) and the country with the worst man-made humanitarian crisis in the hemisphere (Venezuela), can foment national catastrophes that will be felt well beyond the realms of the online information space and national borders.

Oman’s handling of the coronavirus

Muscat is very quiet two weeks after stepped up efforts to prevent the spread of COVID-19 by the newly formed Supreme Committee. Oman acted early and barred entry to travelers from China, South Korea, Iran and Italy on March 2, but government calls for social distancing were not having the desired effect. Days later, the […]

Dr. Mathew J. Burrows serves as the director of the Atlantic Council’s Foresight, Strategy, and Risks Initiative in the Scowcroft Center for Strategy and Security. He was appointed counselor to the National Intelligence Council (NIC) in 2007 and director of the Analysis and Production Staff (APS) in 2010.

Learn more about the Initiative

AI, society and governance: An introduction

AI’s increasing range of applications are having real-world consequences, both positive and negative. Those consequences, in turn, have animated spirited and at times emotional debates about how governments can craft policies to come to grips with a world increasingly shaped by AI.

Our conclusion in 2016’s Global Risks 2035 was that state-on-state conflict posed a bigger threat than terrorism. In the two years since, the post-Cold War order has continued to unravel without a “new normal” emerging.

As the rivers produced by the Himalayas and other mountain ranges on the Plateau are under increasingly serious pressure, water insecurity threatens much of the continent’s peace and security.

The growing threats of climate change, migration, natural disasters, and spillover from violent conflict are forcing policy makers to focus on the resilience of their societies and institutions. While not all crises can be avoided, societies can be made more resilient through proper preparation before, during, and after a disaster or shock occurs.

The rise of the internet and online social networks has altered the scope and scale at which people access, consume, and communicate information. But the same technologies that have democratized access to information have also enabled malicious actors who seek to undermine our democratic values and processes. Disinformation is false or misleading information spread with the intention to deceive.

NATO is the bedrock of transatlantic security, encompassing nearly thirty democracies across North America and Europe. Created to defend against the Soviet Union, the Alliance today protects member states against conventional attack, engages in peacekeeping and stabilization operations, and leads counterterrorism and piracy efforts. NATO works with partner countries around the world and continues to promise an “open door” for countries to become members if they fulfill the Alliance’s democratic and operational standards.

A continent of fifty-four nations, Africa holds vast opportunity and promise. Its 1.2 billion population is expected to double by 2050 and become the world’s largest region. Alongside this demographic boom, Africa is home to almost half the world’s fastest-growing economies as its leaders are taking steps to expand the movement of goods, people, and capital within the continent. Demand for democracy is high and protest movements have proven that citizen activism can unseat consolidated African strongmen.

Stretching from the shores of the Atlantic to the mountains of Central Asia, the European and Eurasian landmass contains both some of the most stable and wealthy countries in the world, as well as some of the poorest and those led by repressive regimes. After centuries of devastating conflicts, new institutions and organizations for economic, political, and security integration provide an opportunity to bring stability

Stretching from the Western Mediterranean to the Indian Ocean, the Middle East continues to be a region struggling with violent conflict, political repression, and poor development. Numerous pro-democracy protest movements, a burgeoning youth population, and efforts to reform governments and lessen economic dependence on oil, however, are causes for optimism. The United States and the international community must remain engaged with the region to provide support for these positive moves and to address the many remaining challenges.